Repeatable Quests (commonly called dailies) are quests which can be completed multiple times by the same character. Usually these quests can only be completed once a day, although the timer differs between quests. Repeatable quests are aimed at offering end-game characters an option for earning further rewards and experience. The specific details of each type are described below.

Undaunted Pledges are daily quests available at Undaunted Enclaves. You must be level 45 to receive a Normal pledge and level 50 to receive a Veteran pledge. Only one of each type of pledge is offered per day, although technically a pledge from a previous day can also be completed. For more information, see this page.

Crafting Writs are repeatable quests available to certified crafters. After the initial certification quest, a daily writ can be accepted from the relevant noticeboard in most major cities.

These are available from Consumables Crafting Writs Boards. Each writ can be completed once per day.

These are available from Equipment Crafting Writs Boards. Each writ can be completed once per day.

There are four types of daily quests given out in the Clockwork City.

These quests are given out by Novice Holli and involve exploring the Clockwork City’s Delves.

These quests are given out by Razgurug in Slag Town.

These quests are given out by the Bursar of Tributes.

There are four types of daily repeatable quests in Vvardenfell. Beleru Omoril and Traylan Omoril in the Vivec City Hall of Justice give out the Bounty and Exploratory quests (after you have completed A Call For Aid), and Numani-Rasi and Huntmaster Sorim-Nakar in Ald’ruhn give out Relic and Hunt quests (after you have completed Ancestral Ties and Ashlander Relations).

These are given by Beleru Omoril in the Hall of Justice and involve defeating Vvardenfell’s World Bosses.

These are given by Traylan Omoril in the Hall of Justice and involve exploring Vvardenfell’s Delves.

These are given by Huntmaster Sorim-Nakar in Ald’ruhn and task you with hunting a unique version of Vvardenfell’s creatures (and returning with a trophy).

These are given by Numani-Rasi in Ald’ruhn and task you with going to a Daedric ruin and recovering its relics.

Not to be confused with Fighters Guild Bounty quests, these are offered in the cities of Anvil and Kvatch by the Dragonstar Caravan Company and involve tackling Gold Coast delves and group bosses. The Bounty Board in Anvil offers delve quests, while the one in Kvatch offers group boss quests. Only one can be taken from each bounty board per day, but the second quest can also be completed that day if shared in a group or retained from a previous day.

These quests are offered by Elam Drals in the Dark Brotherhood Sanctuary and involve assassinating a target in zones all over Tamriel. They are repeatable immediately. The introductory quest Contract: Kvatch is excluded from this list since it can only be done once.

These quests will take you to instanced areas to assassinate a target. A Sacrament quest can be accepted once per day by speaking to Speaker Terenus in the Dark Brotherhood Sanctuary. They can only be tackled solo, meaning only one sacrament can be completed per character per day.

These quests will take you to zones all across Tamriel and involve thievery. They are repeatable immediately.

These quests relate to the delves and group bosses in Hew’s Bane. One can be completed per day, but the other quests can also be completed that day if shared in a group or retained from a previous day.

These quests will take you to instanced heist areas, which can be completed solo or in a group. One heist can be taken from the board per day, but can be shared with a group to allow for more than one heist to be completed per character per day, similar to the Wrothgar world boss quests.

Wrothgar has two sets of daily quests, offered by the Dragonstar Caravan Company.

These quests will send you to one of the six delves in Wrothgar. They are given by Guruzug in Morkul Stronghold. Only one can be completed per character per day.

These quests will send you to one of the six group bosses in Wrothgar. They are given by Arzorag in Skalar’s Hostel, just outside Orsinium. It is possible for a particular character to complete all six of these quests in a day, but Arzorag will only offer one quest out of the six. To get the other five, you must group up with other players and ask them to share the quest. 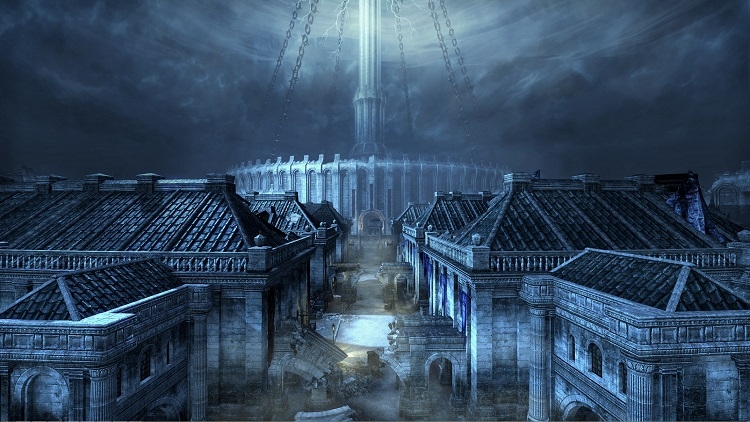 Once you’ve completed the quest The Sublime Brazier in the Imperial City, daily quests will be offered in each of the six Districts.

Almost all side quests in Craglorn can be repeated daily. This even extends to Quest Hubs, which can only be completed once in other zones. While you will earn Quest XP every time you complete the quest, you only get the extra Completion XP reward for the Quest Hub once.

Although not all PvE quests in Cyrodiil are repeatable, those found in the zone’s major settlements can all be completed daily.

These are offered by Lliae the Quick and Mael.

These are offered by Prefect Antias and Ufgra gra-Gum. Although the quest Goblin’s Delight is also needed for the Cropsford Adventurer achievement, it is not repeatable.

These quests are available at your Alliance’s Border Keeps once you’ve unlocked the Bounty Hunter passive skill in the Fighters Guild skill line. One can be completed per day.

PvP quests are offered as part of the Alliance War in Cyrodiil. They are repeatable immediately. Although the quest given is random, these quests can be shared with your group in order to find the ideal one. All of these quests can be taken at your Alliance’s Border Keeps.

These PvP quests can be taken from a Bounty Mission Board, which can be found in the Imperial Sewers as well as at Border Keeps.