Hunt your prey from the shadows and become an unstoppable blood scion with a free update of both the Vampire Skill Line and Justice System! 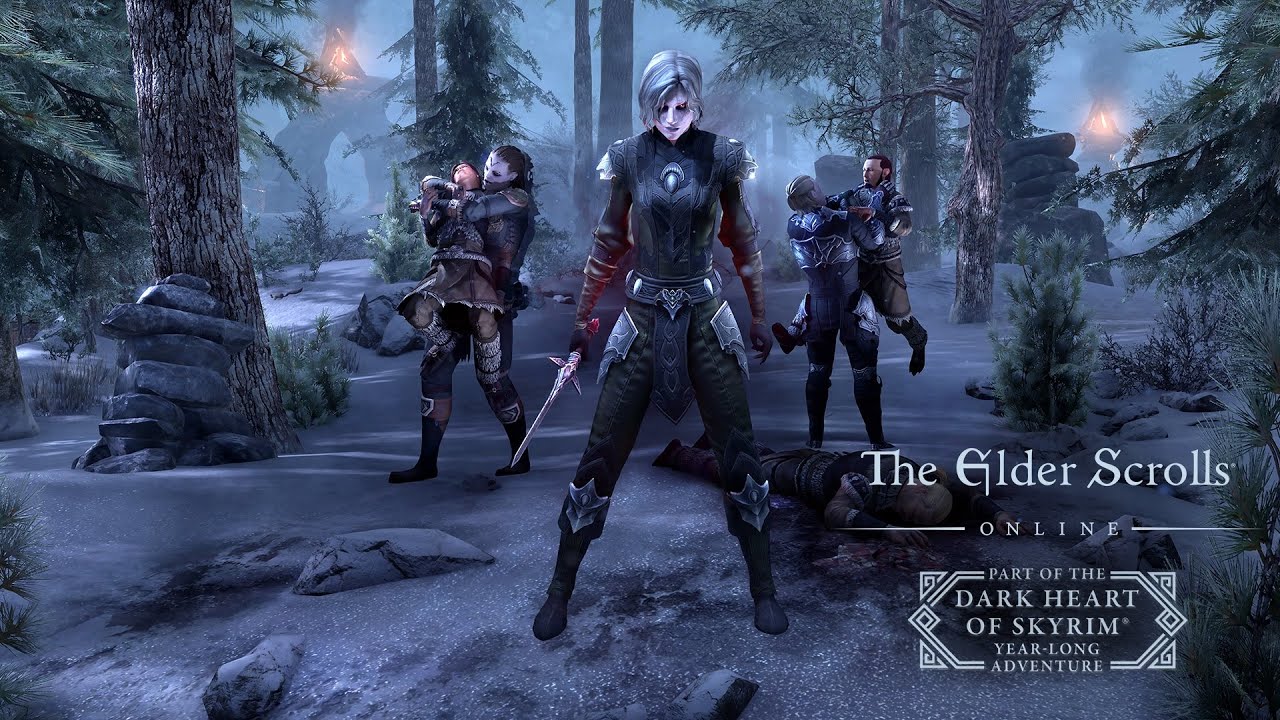 Releasing free as part of the Update 26 base-game patch, Vampires have undergone a major re-vamp, dramatically changing how those inflicted with the curse play. This begins with an overhaul of the monstrous Skill Line.

“The Vampire Skill Line has not seen significant changes since its inception, beyond some minor combat balancing tweaks,” explains Kyle Nowak, the Combat Designer behind the update. “Given the timing of this Chapter and the feedback we’ve seen from players over the years, it felt like the right moment.”

As a result, the team made dramatic changes and additions to the Skill Line, including the creation of brand new abilities and either replacing or updating existing ones. The goal of the redesign was to make Vampires more active and engaging when in battle.

“For the combat, we used a set of clearly defined gameplay concepts to help describe the experience and the ability synergies we wanted to create. With the main themes being Blood Magic, hit-and-run aggressiveness, and stealth and elusiveness.”

For example, one of the new synergies that reflects the “Blood Magic” theme are the first two abilities, called Eviscerate and Blood Frenzy. “Eviscerate is a straightforward spammable that deals more damage based on your own missing Health, while Blood Frenzy is a toggle ability that drains your own Health in exchange for increased Weapon and Spell Damage. Both abilities synergize perfectly with each other, and using them both in tandem is a key part of the Vampire’s offensive output.”

In addition to powerful synergies like the above, Vampires also have a brand-new ultimate ability, called Blood Scion, which transforms your character into a monstrous beast. While in this form, you’ll enjoy boosts to your Health, Stamina, and Magicka pools, have the ability to heal yourself when dealing damage, and see your enemies through walls. None shall escape your wrath! 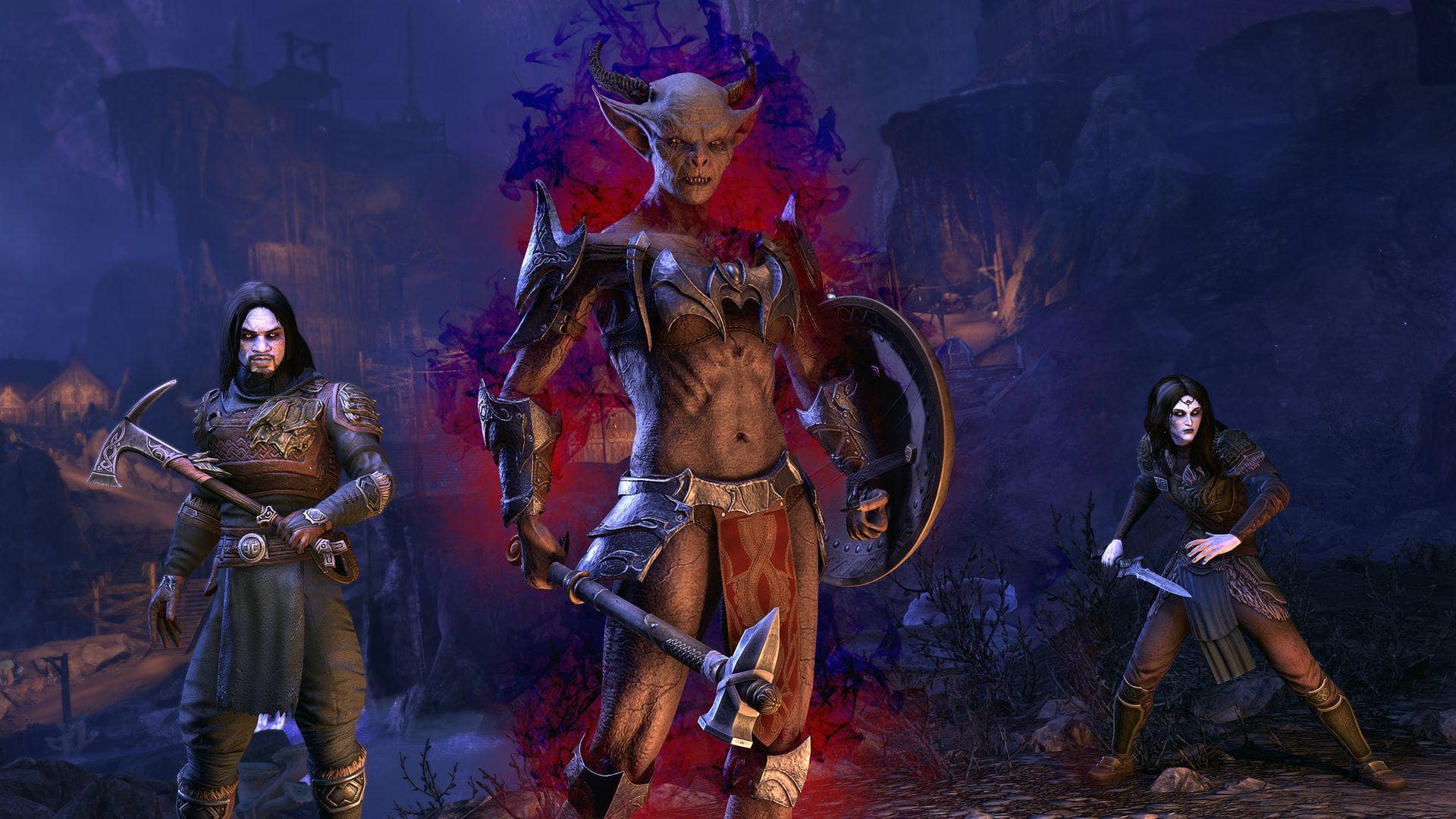 Beware the power of the Blood Scion

Vampires are extremely deadly in The Elder Scrolls Online, but they aren’t without their weaknesses, and you’ll need to monitor your Health and resources carefully if you want to get the most out of your newfound powers, as you’ll see below…

A Curse and a Blessing

With Update 26, the team has also changed the way you must manage the four stages of the blood curse. You can increase your stage by feeding on NPCs, but they also slowly decrease over time, forcing you to embrace your dark side if you wish to retain your most-deadly powers. Each stage you reach decreases the cost of your Vampire active abilities and activates certain passive abilities, making you more effective on the battlefield. However, there is a cost to this new power, and increasing your stage of vampirism can have the following penalties:

“We want the choice to play as a vampire to be deliberate and meaningful, where the impact is felt both in and out of combat,” explains Rob Garrett, ESO’s Gameplay Lead. “As with previous Elder Scrolls games, those afflicted with Vampirism are bestowed fantastic powers, but they are also cursed with specific weaknesses, an endless need to feed off the living, and a world that often fears and hates them.” 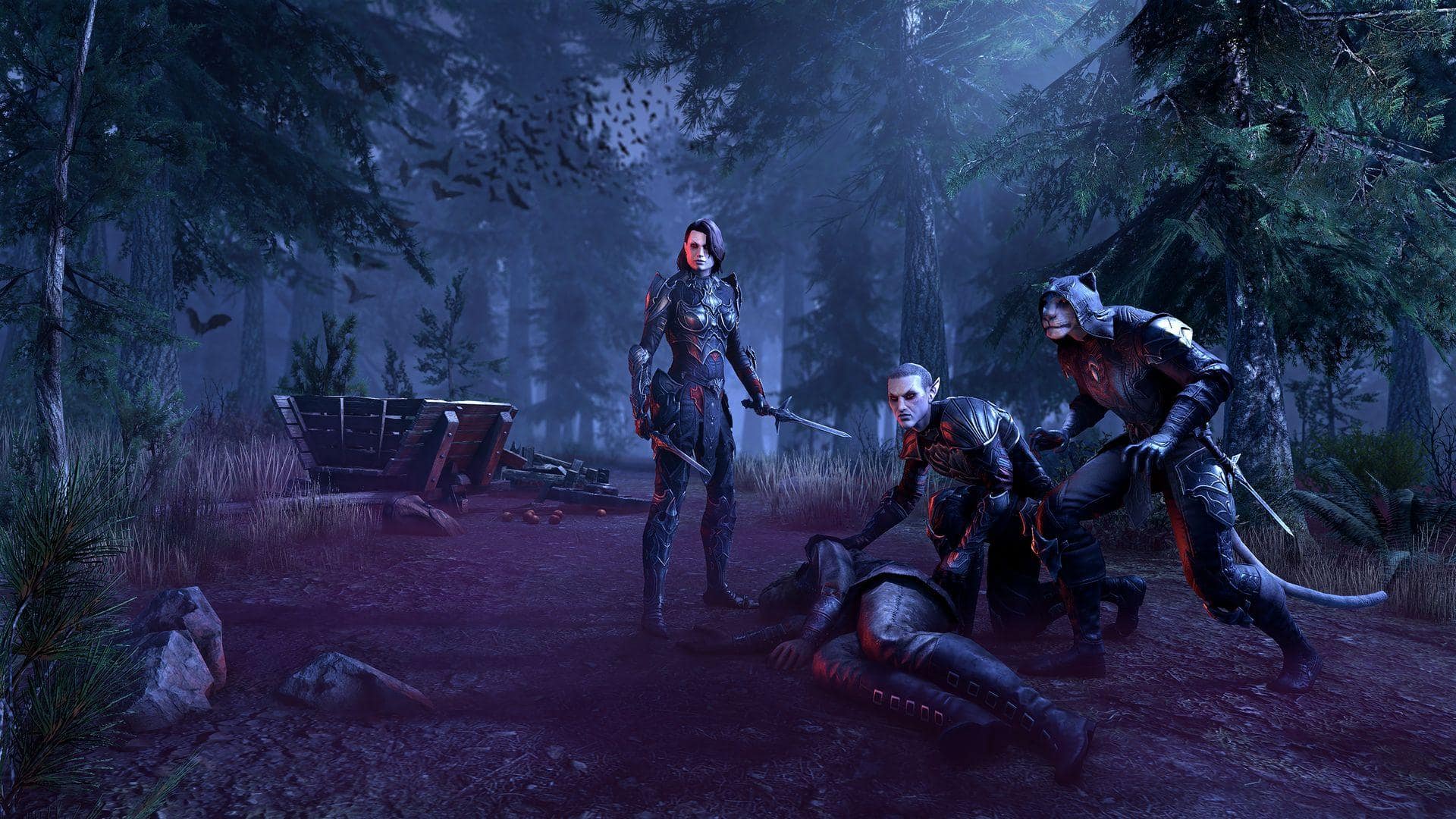 Prey on all of Tamriel

In addition to the Skill Line update and its stages, the team has also overhauled how vampirism interacts with the Justice System. Now, with Update 26, if you use certain Vampire abilities in public spaces (such as towns, cities, or the like), there’s a good chance you’ll be spotted and have a bounty put on your head. Even worse, if your blood curse is at stage four, many NPCs (including merchants) will recognize you as somebody afflicted by vampirism and will refuse to deal with you.

“One of the ways we’re attempting to make the choice of becoming a vampire more consequential is by having the world acknowledge and respond to your status as a vampire,” says Garrett. “Vampirism is feared and shunned by most people in Tamriel, so it makes sense to trigger Justice reactions when townsfolk notice a visitor with a Stage 4 affliction, or witness a gruesome act that is overtly Vampiric in nature.”

This is similar to how certain Necromancer abilities can also get you in trouble—the people of Tamriel have issues with the undead!

Finally, with Update 26, the team has completely reworked the animations for feeding on NPCs, playing a unique cut scene each time you drain the life from an unsuspecting victim. This is similar to how the Dark Brotherhood’s Blade of Woe works, and as you might expect, it’s a vicious, bloody act! 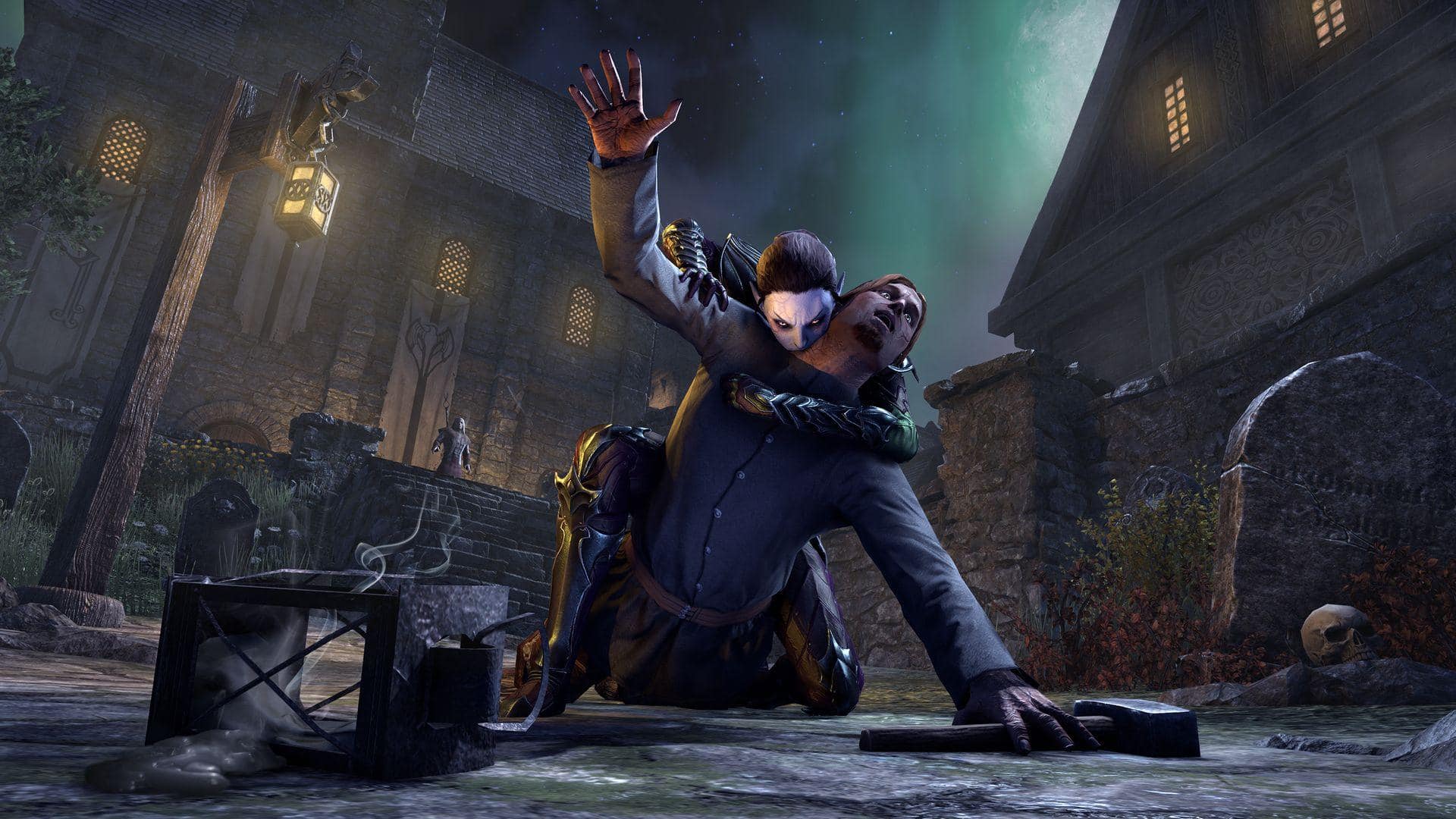 How you choose to manage your curse is completely up to you, and it is possible to play a Vampire character in multiple different ways. Will you feed on entire populations to sustain your might? Or will you be a more benevolent monster and take only what you need?

“Some players may find being a Vampire isn’t for them—and that’s OK,” explains Garrett. “It shouldn’t necessarily be an easy choice, but for those drawn to the Vampire fantasy, we hope this update will make the experience more pronounced and satisfying.”

With these updates to the Vampire Skill Line and Justice System, becoming a creature of the night has never been more meaningful or fun. Don’t forget, this is all coming as part of the Update 26 base-game patch, meaning it’s free for all ESO players, with no additional purchase required!

Of course, we’d be remiss in not mentioning that these changes are perfect for the upcoming Greymoor Chapter. What better way to dive into a grim tale of monsters and mortals than with a monster of your own? Are you ready to stalk your prey as an all-new Vampire? Let us know via @TESOnline, Instagram, or Facebook.

The Update 26 base-game update arrives free for all ESO players on May 26 for PC/Mac and June 9 for Xbox One and PlayStation®4. It will arrive in tandem with The Elder Scrolls Online: Greymoor, part of the Dark Heart of Skyrim year-long adventure.